The group matches are almost done, the warm-up matches ticked off, and there’s an absolute ripsnorter of a double header in Group A to get us underway in the Super 12 stage.

Old foes Australia and South Africa are facing off first in Abu Dhabi tomorrow night (NZT), while over in Dubai England have drawn the West Indies as their first opponents (Sunday morning NZT). There are some interesting undercurrents rippling through these four teams ahead of their tournament openers, and with all of them fancying their chances of a semi-final spot, every game is crucial.

Let’s start with Australia. If we cast our mind back to May 2020, they had just reached the summit of the ICC T20 rankings for the first time. Now, they are languishing down in 7th following a spectacular run of series losses to England, India, New Zealand (and wasn’t it delightful?), West Indies and Bangladesh.

In classic Aussie fashion though, they reckon that now with their full-strength squad available they can reverse their fortunes and go on and win the cup. There are some big raps coming out of their camp for Mitchell Marsh, who according to Glenn Maxwell is hitting the ball better than ever. Maxwell himself is a force to be reckoned with after a stellar IPL season where he amassed over 500 runs at an average of 42.75 and striking at 144.10 – including six 50s.

Meanwhile over on the South Africa side of things, the Proteas have got more storylines than Netflix could throw a stick at. The off-field controversies surrounding their director of cricket Mark Boucher and head coach Graeme Smith would obliterate this column’s word count, so we won’t get into that here.

Their on-field prospects for this tournament haven’t been helped by omitting three big guns from their squad – former captain Faf du Plessis, destructive allrounder Chris Morris and world-class spinner Imran Tahir. Cricket South Africa had their reasons, but you can’t help but think their World Cup chances would look significantly stronger with any or all of those three in the mix. 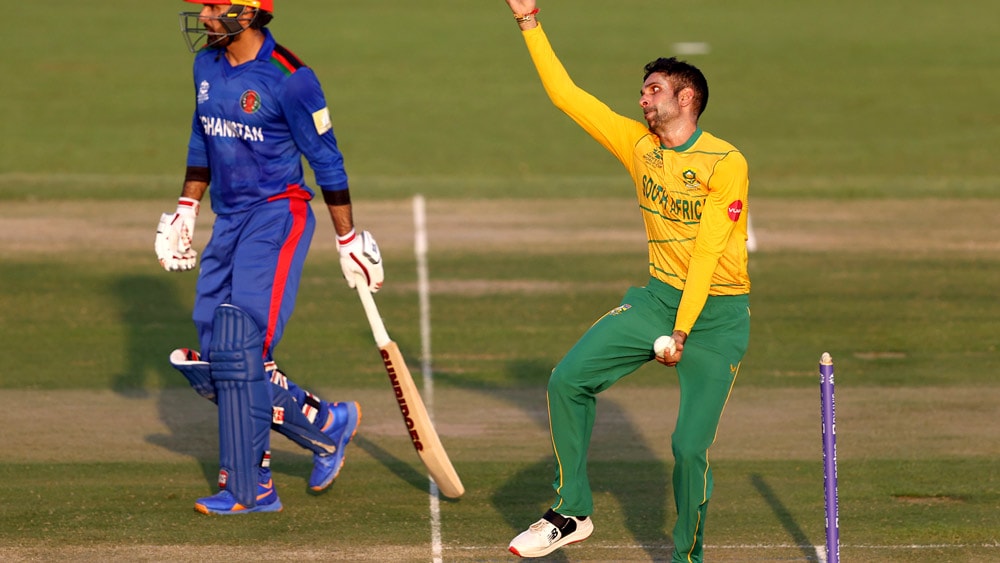 Rassie van der Dussen’s rollicking innings of 101 from 51 balls was a special knock in their warm-up win over Pakistan, so they’ll head into the fixture with a spring in their step.

Not since March 2019 have England met the West Indies in a T20 international, and from top to bottom it is a vastly different side from the Caribbean that they’ll be going up against.

With the addition of The Hundred in the UK domestic scene throughout their recently completed summer, the English players have had a feast of white ball cricket to prepare themselves. Not many had the opportunity to play in the IPL, and coupled with the cancelled tour of Pakistan most of the squad will be short of recent experience in sub-continent conditions.

There’s also cause for concern around the form of skipper Eoin Morgan. He averaged a tick over 11 in the IPL, including four ducks, and only scored 49 runs across four innings in the home summer against Pakistan and Sri Lanka. He hasn’t ruled out the possibility of dropping himself if his poor run continues, but after leading Kolkata Knight Riders to the IPL final and his ongoing success as England’s white ball captain his value can’t be underestimated.

Things were looking pretty settled in the West Indies camp until gun all-rounder Fabien Allen suffered an ankle injury and has since been ruled out of the tournament. Akeal Hosein will come into the squad, and Gudakesh Motei will replace Hosein in the reserves.

Some shaky results in their warm-up matches against Pakistan and Afghanistan won’t have them concerned, as they know they can flip the switch when push comes to shove.

*Kristy Havill is a Canterbury Magicians cricketer, and a former world championship silver medallist in clay target shooting. Her Twenty20 World Cup columns on Stuff are courtesy of Sky TV, which is broadcasting the tournament live.