T20 World Cup Wrap: Must win clash for both Blackcaps and India - Sky

T20 World Cup Wrap: Must win clash for both Blackcaps and India

The Blackcaps and India both find themselves in a predicament ahead of their showdown tomorrow morning (NZT) at the Zayed Cricket Stadium in Abu Dhabi.

Both have played one game. Both lost that game. And both lost to the same opponent, Pakistan. Now the two sides are staring down the barrel of an early exit from the World Cup should they come acropper and lose this one too.

Encouragingly for our fellas, they came a lot closer to beating Pakistan than India. Things were still evenly poised with five overs to go when they had Pakistan five down and needing 47 odd runs fo 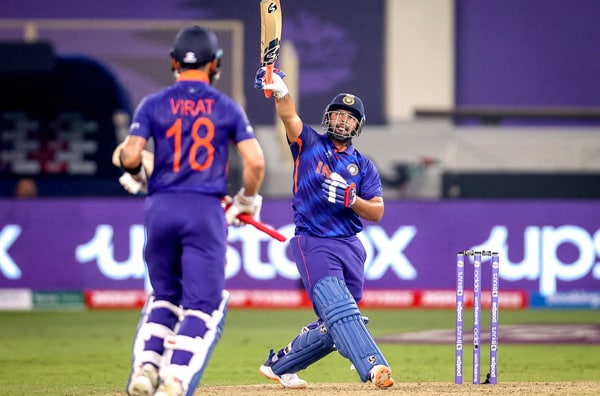 ​​​​​​​r victory, while India failed to take a single wicket in a crushing ten wicket defeat.

Lockie Ferguson being ruled out for the tournament due to a calf tear is a significant blow, but his replacement Adam Milne is equally up to the task with his venomous pace. After a standout campaign for the Birmingham Phoenix in The Hundred, where he was the competition’s equal top wicket taker, and taking a hat-trick for the Kent Spitfires in the T20 Blast, many were shocked that he only made the World Cup squad as a reserve.

Having played three matches for the Mumbai Indians in the second half of the IPL, where he took three wickets, Milne is already accustomed to the surface conditions and presumably will slot straight into the XI. Coach Gary Stead admitted Ish Sodhi was the beneficiary of Milne not being available for their tournament opener.

It would be harsh for Sodhi to be dropped after his 2/28 off four overs against Pakistan, but tournament cricket spares nobody’s feelings. It’s highly possible Stead will stay the course and Sodhi will make way for Milne so as not to leave things too light on the batting front.

On that note, the batting order continues to perplex and confuse, as it seems that we’ve only settled on Martin Guptill opening and Kane Williamson at three. From what we’ve seen from the warmup games and the first match proper, the rest of the top and middle order is a good ole’ pick and mix. An element of flexibility up and down the line-up is handy in different situations depending on whose skillset matches up best with what the situation requires. But it doesn’t feel like we’ve settled on our strongest batting crew to confidently ink into the team sheet.

Daryl Mitchell crunched 27 off 20 against the esteemed Pakistan bowling attack to warrant another crack in the opener’s spot. If there’s anyone out there who relishes a contest and the opportunity to stand up and make things count for his team, it’s Mitchell. The fact he’s relatively inexperienced at the international level, and even more inexperienced as an opener, won’t faze him in the slightest.

India, on the other hand, has their top seven locked down and settled.  They won’t panic after both their openers KL Rahul and Rohit Sharma were dismissed ‘early doors’ against Pakistan. Rather, it will spur them on even more to right the wrongs of that game and storm out of the blocks, which is a rather frightening prospect.

This will be the first time we’ve met our Indian counterparts since that World Test Championship final and is also a precursor to playing them on their home turf in three T20s and two Tests later in November. Though for now, this one matters most.