Watch Live Sport from Around the World with Sky Sport - Sky

Premier League football returns to Sky Sport and Sky Sport Now, with Sky showing all 380 fixtures live, plus replays and highlights on demand.

The Lipovitan-D Rugby Championship is here. The All Blacks take on the Springboks, Pumas and Wallabies.

The BLACKCAPS are in the Caribbean for the first time in eight years. Don’t miss the action as we take on the West Indies in three T20’s and three ODI’s.

Join Now
Your Sport, Your Way 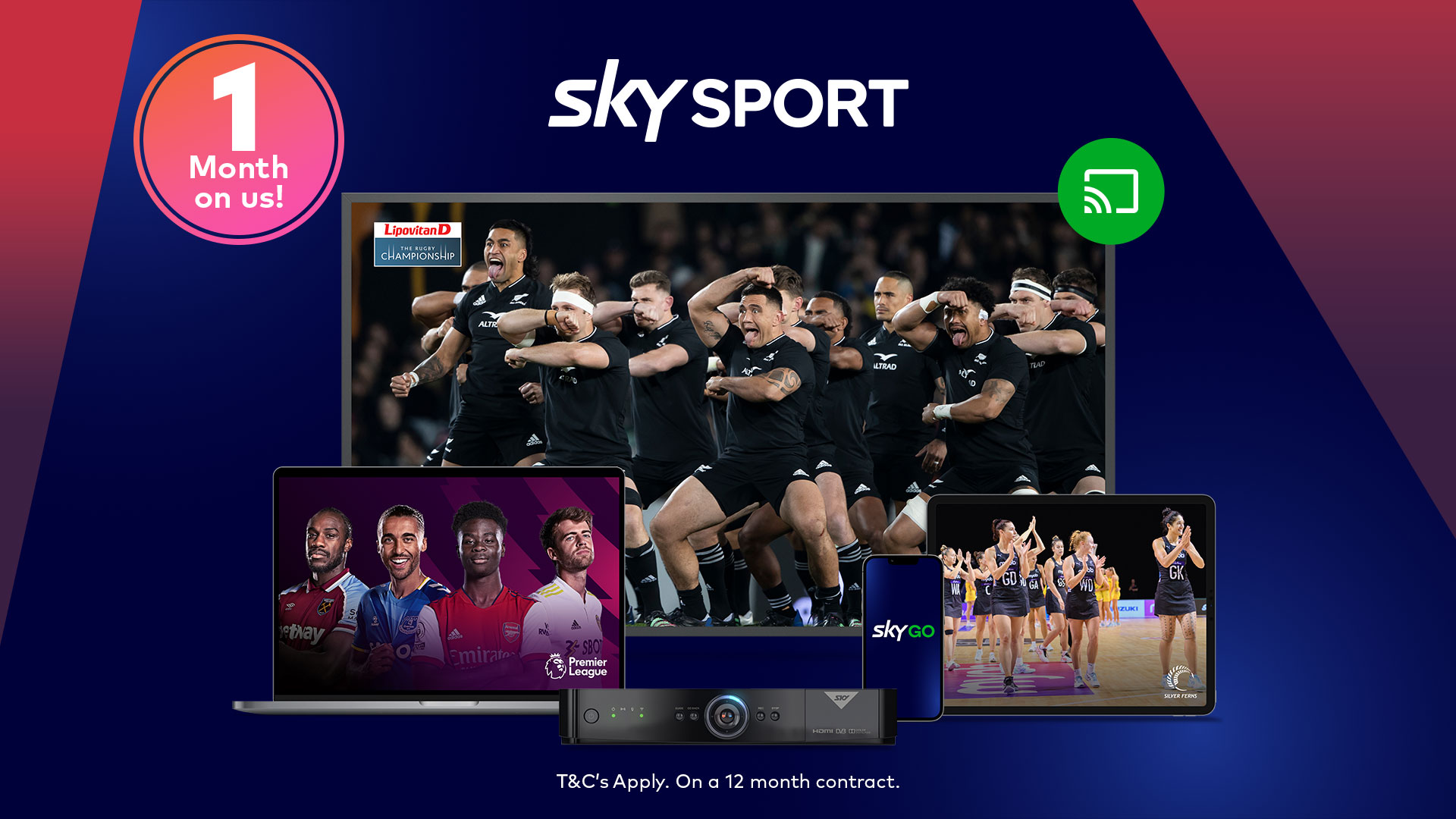 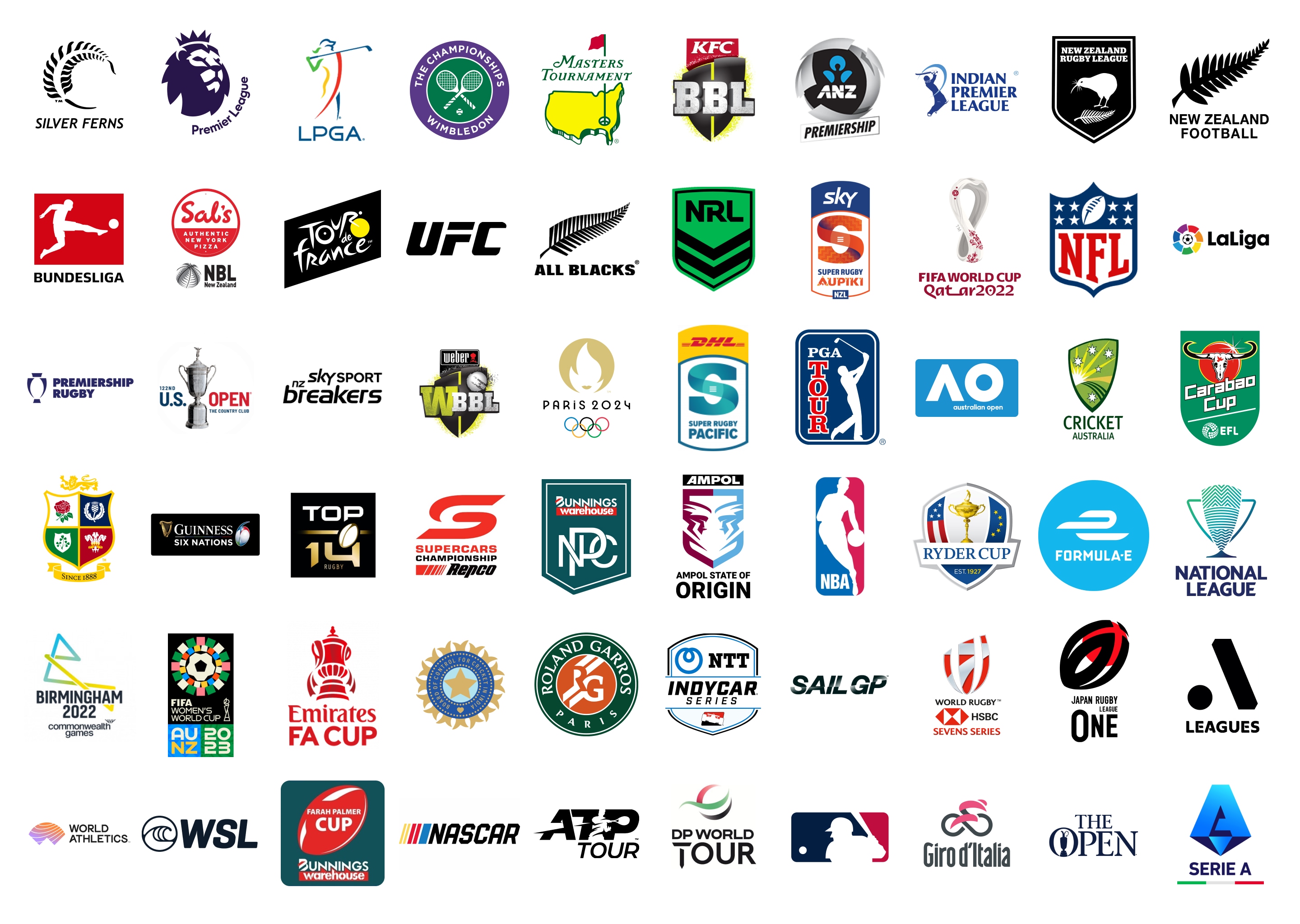 What to watch on Sky Sport

New Zealand’s game. We offer every All Blacks and Black Ferns* test match, Super Rugby Pacific and Sky Super Rugby Aupiki plus all grades from First XV and Grassroots club rugby through to the Farah Palmer Cup, Bunnings NPC fixtures. Offshore Sky Sport has the Heineken Champions Cup, Six Nations and the Women’s Six Nations, and Japan Rugby League One, and Guinness Rainbow to add to the Gallagher Premiership, Guinness Pro 14, Top 14, Currie Cup and more.  Then there is every other version of the game including the HSBC World Sevens Series.
*Except Rugby World Cup in 2022
Learn More

NRL, State of Origin, the Sky Sport Premiership (women’s) with NZRL and the men’s Premiership competition, and more.  Sky continues to support rugby league roadshows throughout Aotearoa, to help grow the love of the game.
Learn More

Sky has every ICC fixture including the Women’s Cricket World Cup right here in Aotearoa, the Big Bash League, Cricket Australia, BCCI (India), South Africa cricket, West Indies internationals at home and domestic competitions in Sri Lanka and Pakistan.  These include tournaments featuring the Black Caps and White Ferns when they play in ICC events and in the countries noted above.
Learn More

The Australian Open, Wimbledon and Roland-Garros/Paris Open for years to come plus the ATP and more. Game. Set. Match.
Learn More

Our mana wāhine are in action on courts up and down the country and around the world in the Quad Series, the ANZ Premiership, Constellation Cup, national club league and more.
Learn More

The Tour de France, the Giro d’Italia, the Milk Race and every other key race, inspiring all who pull on their branded lycra for a trip over the Hunuas, the Port Hills or the flats of Southland, alongside World Triathlon and Endurance events in which Kiwis excel.

Our deep relationship continues with the Sky Sport Breakers and we’re also 100% behind Basketball New Zealand with Sal’s NBL (men and women’s), 18in18 and 3x3 competitions which means more than 300 games live on Sky. It’s one of Aotearoa’s fastest growing codes and we’re there for all the action.
Learn More

The beautiful game. 2022 sees the FIFA World Cup Men’s competition on Sky followed by the FIFA World Cup Women’s in 2023 – right here in Aotearoa and Australia.  To go with our support and coverage for New Zealand Football’s ISPS Handa Premiership, we have A-Leagues (featuring the Wellington Phoenix Men’s and Women’s teams), FIFA, UCL, EFL, Bundesliga, La Liga, La Ligue, Serie A, Super Lig and the FA Cup and so much more. We follow the Football Ferns and All Whites as they take on the world.
Learn More

The game that frustrates even the expert but inspires millions to hit the greens. You’ll find anything that matters on Sky Sport including the PGA TOUR, LPGA, European Tour, Majors and Opens, and the legendary Masters.
Learn More

UFC, WWE, Bellator, Boxing, all to fight for with Sky Sport. Team that content up with Snooker, Darts and other barstool sports from around the globe and the roster is just about complete.  Only, it isn’t quite yet.

We have athletics including the world’s best Marathons, IronMan and IronWoman and then there are competitions like FIS Skiing, X Games and NZ’s own Winter Games and World Surf League,  showcasing daredevils and drama from around the globe.

The Olympics and Commonwealth Games

The pinnacle of human sporting endeavour – the Olympic Games, the Winter Olympics, the Commonwealth Games and a host of World Championships.
Learn More

US Sports with ESPN

We bring US Sports to avid fans including NBA (feat. our own Steven Adams for the Grizzlies, WNBA, NFL (including the Super Bowl), MLB, MLS (men’s and women’s), College Football and Basketball (featuring the Leger-Walker sisters), and NHL plus a host of great ESPN sport shows and documentaries.
Learn More

Sky Sport Next – delivers more than 50 sports not normally profiled on our screens.  We’ll be seeing everything from Equestrian and Water Polo to Skateboarding, Surfing, Canoe Polo and Weightlifting, all of which eventually make their way to the pinnacle of human sporting endeavour – the Olympic Games, the Commonwealth Games and a host of World Championships. ​​​​​​​

Commonwealth Games: Our promise for Birmingham 2022 (and 2026) is that we will deliver outstanding sport experiences for all New Zealanders. As rights-holding broadcaster, Sky will deliver all the Birmingham 2022 events live on multiple Sky Sport channels and selected events and highlights will be free to access - helping Kiwis get in behind their hero athletes!

This week on Sky Sport

Premier League
Week two of the world’s biggest and best football league promises some juicy match ups with Chelsea hosting Tottenham at Stamford Bridge and Arsenal taking on Leicester City at the Emirates. Sky Sport 8 and across Sky Sport Now and Sky Go.

Blackcaps tour of West Indies
New Zealand kick off their tour of the West Indies with a raft of T20 matches, starting at Sabina Park, Kingston on Thursday 11 August on Sky Sport 3.

Round 2 of The Rugby Championship as the South Africa host the All Blacks at Emirates Airlines Park, Johannesburg and Argentina take on the Wallabies at Bicentenario Stadium, San Juan. Sunday 14 August on Sky Sport 1.